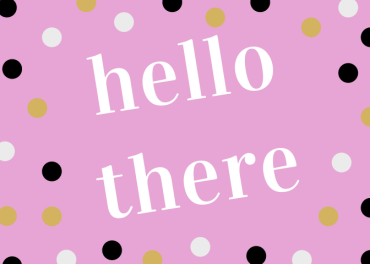 Hey! I had a post idea, and it won’t be too long. But I did want to share it. I don’t know if y’all watched the CMA Awards; which we did, as usual. It is an awards night to country music, such as entertainer of the year, song of the year, and performances by some of the stars. I thought one performance was cool, in particular. And that’s what I want to talk about today.

The point of this post is a step up. And sometimes God give us those little steps that lift us up, get our message out there, or something different that you need. This happened in CMA, I believe. Dolly Parton, recently, collaborated with For King and Country. They wrote a song called God Only Knows, which is a powerful song. They made a new version with her.

Cool, right? This made their song more known by a wider group of people. It was an amazing thing they got to do, for sure. What made it cooler is they performed it at the CMA awards. (No way). How many times does this happen? A Christian band at the CMA awards singing with Dolly Parton a song they wrote? It was a very awesome experience, I’m sure. But, not only that. Now all those people, watching it and people there, know that song.

Most people know that country music, especially past country music, has had a big emphasis on God. An undercurrent or something “bold” about Him. For example, God Game me You. While some music in this industry has questionable material, it’s about faith, family, being country, and having fun. Without that undercurrent of faith, country music won’t be country music. And I thought it was fantastic that Dolly Parton performed with For King and Country.

Just one of those random thoughts I wanted to share. And you got a little news about the CMA awards!

I hope you liked this post. Did you watch the CMA awards?

I am a Christian teenager and blogger. I very much love my family and friends. I have two online businesses on my blog. I love to write & practice my photography.

Me too! That’s another really good one!

Okay this song is awesome! It came on K-Love and I was like, “Is that Dolly Parton?”
My sister played this song non-stop. XD

I saw that! That was wild! They did such a good job. They looked fantastic too.

It was! Yes, they totally did!

Quote of the Month

I have a YouTube channel. It’s called Ariana’s Archives! Check it out!

Check out MissEverythingFinds for some awesome stuff. I hand make all sorts of things. I also digitally make t-shirts, hats, and fun posters.